A Room With a View

An artist recounts nightmarish scenes witnessed through his studio’s window. A comic by Dean Haspiel

Dean Haspiel, the creator of Billy Dogma and a contributor to Harvey Pekar's American Splendor comic series, has worked as a comics artist for almost three decades. He has been nominated for multiple Eisner Awards, one of the highest honors for comics artists, and in 2010 was awarded a Creative Arts Emmy for his title design work on the HBO series Bored to Death. A native of Manhattan, Haspiel has spent the past sixteen years in Carroll Gardens.

“What You See Is What You Get,” the comic Haspiel created for this week's issue of BKLYNR, offers a glimpse into his life as an artist in Brooklyn. 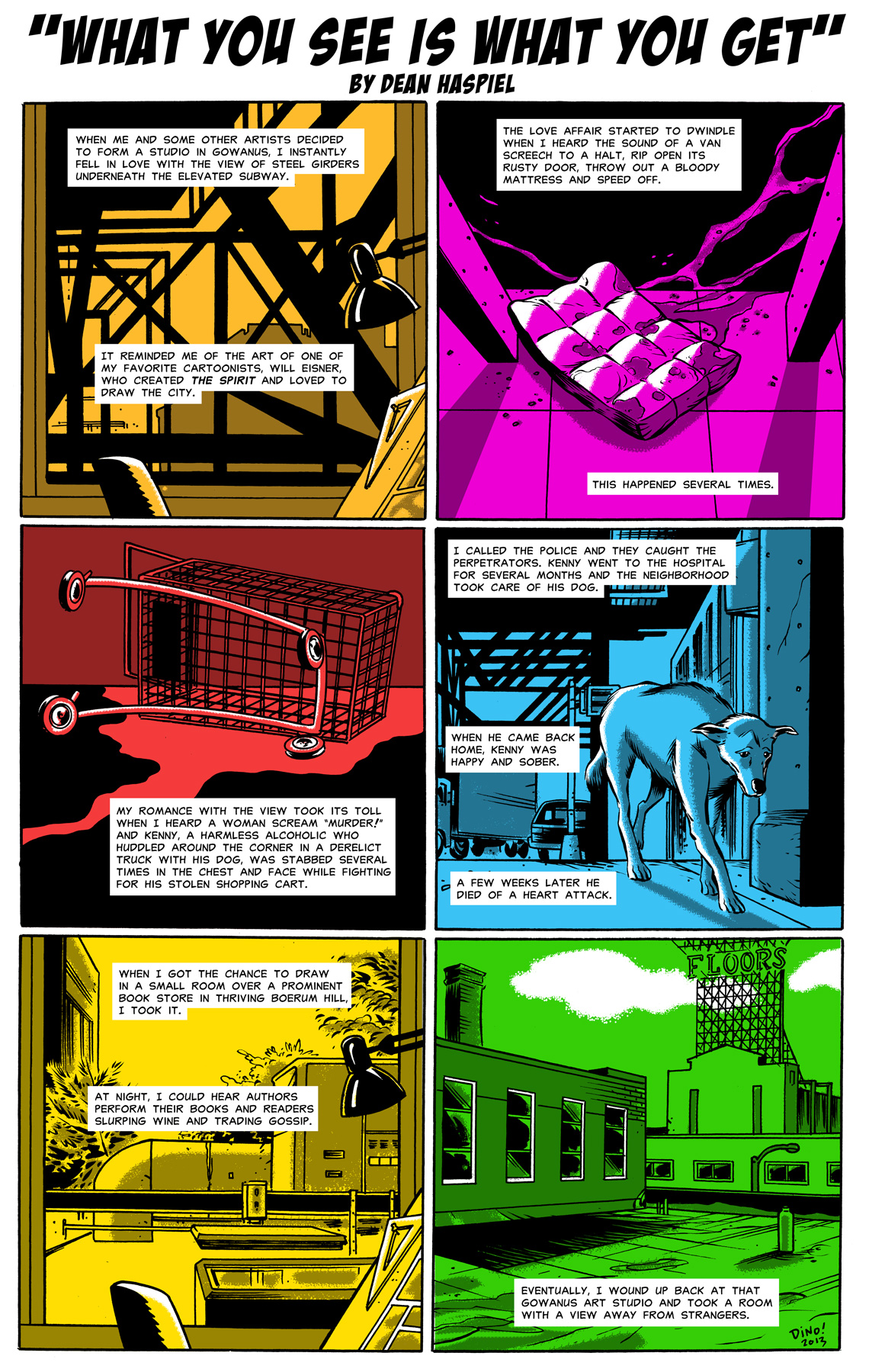 Climate change comes to Brooklyn. By Sarah Darville, with illustrations by Daryl Seitchik

The Gowanus Canal is 1.8 miles of nasty. Meet the man who's dedicated his life — and his house — to cleaning it up. By Peter Moskowitz