Dancing the Night Away

The ecstatic chaos of the West Indian American Day Carnival. A photo series by Timothy Briner

Dancing the Night Away

The ecstatic chaos of the West Indian American Day Carnival. A photo series by Timothy Briner

For many Brooklynites, Labor Day Weekend is bittersweet — with the promise of a day off work and perhaps a celebratory barbecue comes the unofficial end of summer. Shorter, darker, and colder days seem not far around the corner. But in Crown Heights and down Eastern Parkway, there’s no sign of the back-to-school torpor. For five days and five nights beginning the Thursday of the holiday weekend, the West Indian American Day Carnival takes over the area. The highlight of the Carnival, the West Indian American Day Parade, attracts huge crowds of spectators, who line the parkway and take in the echoes of Calypso, the rainbow of waving flags and elaborate costumes, and the smells of jerk chicken and roti, aloo pies and curry goat.

New York’s earliest carnivals, informal, indoor events organized by West Indian immigrants in the Harlem of the twenties, were outgrowths of traditional West Indian carnivals held during the days leading up to Lent. Like Mardi Gras in New Orleans or Carnaval in Brazil, these carnivals were celebrations of excess — grand parties before the solemn Lenten period.

In the 1940s, a Trinidadian woman named Jesse Waddle organized the city’s first official Carnival, on Seventh Avenue in Harlem. Recognizing the limitations of an indoor party — and the unsuitability of New York’s bitter winters for mass, days-long revelry — Waddle scheduled the party for Labor Day Weekend.

The Carnival moved to Brooklyn, with its burgeoning community of recent arrivals from the Caribbean, in the late 1960s. (The West Indian American Day Carnival Association, which organizes the carnival, says the first official Brooklyn carnival was held in 1967, but the exact date is a matter of some debate.)

As might be expected of any party of its size, the Carnival has its share of chaos. Media reports in recent years have focused on incidents of violence, including two fatal stabbings at last year’s parade, and a fatal shooting in 2011.

But for most of the revelers, the Carnival is a joyous, flamboyant celebration, a party that brings out every flag — from the blue and gold triband of Barbados to the red, yellow, and green of Grenada — and New Yorkers of every stripe. 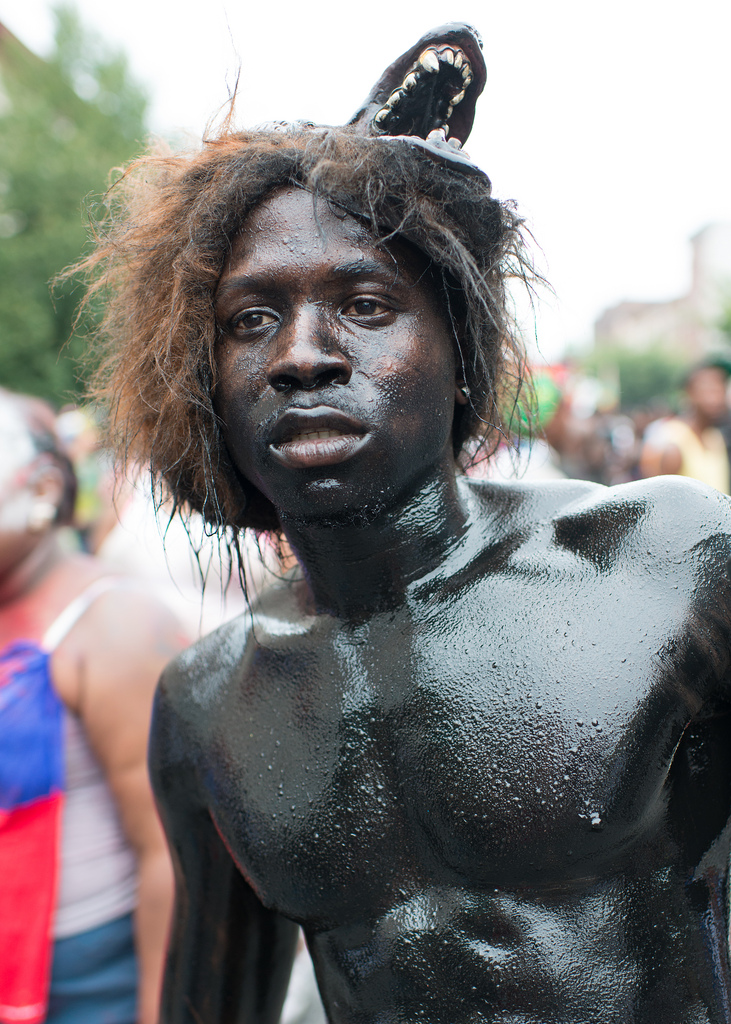 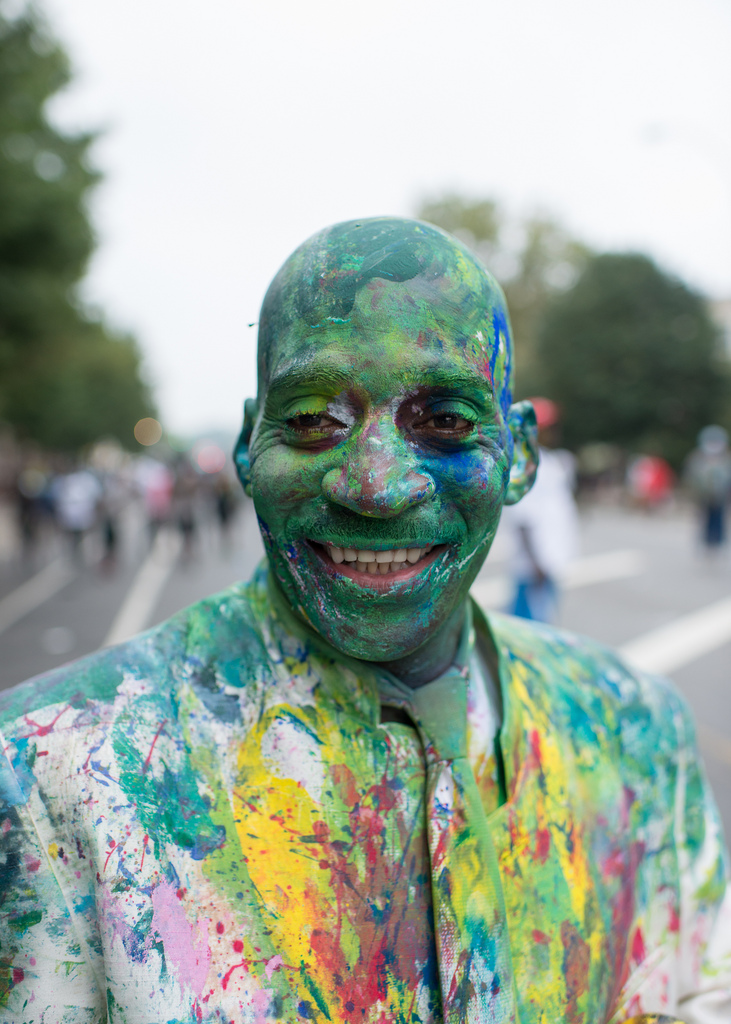 The tradition of J’Ouvert, a contraction of the French “jour ouvert,” begins in the wee hours of Monday morning. Rooted in the Trinidadian Canboulay festivals of the 19th century, in which former slaves celebrated their freedom, the J’Ouvert of today’s West Indian American Day Carnival is an sprawling festival of masqueraders, music, and dancing. Partygoers often dress up as devils or ghosts; the use of body paint or oil is a dramatic flourish on a ghoulish costume. 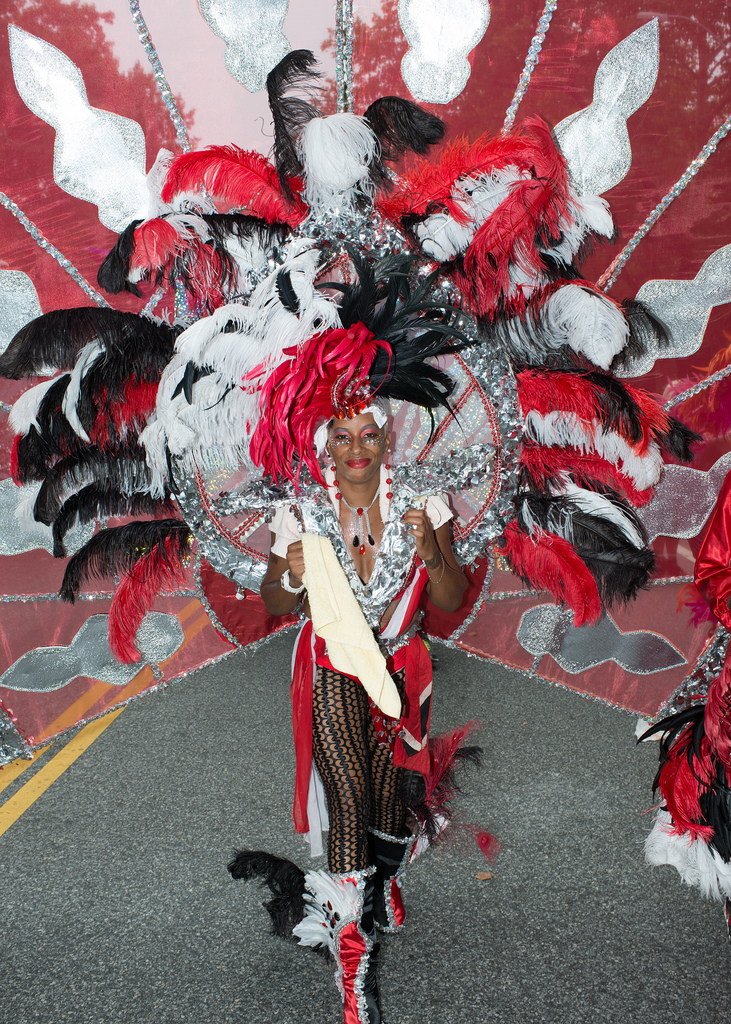 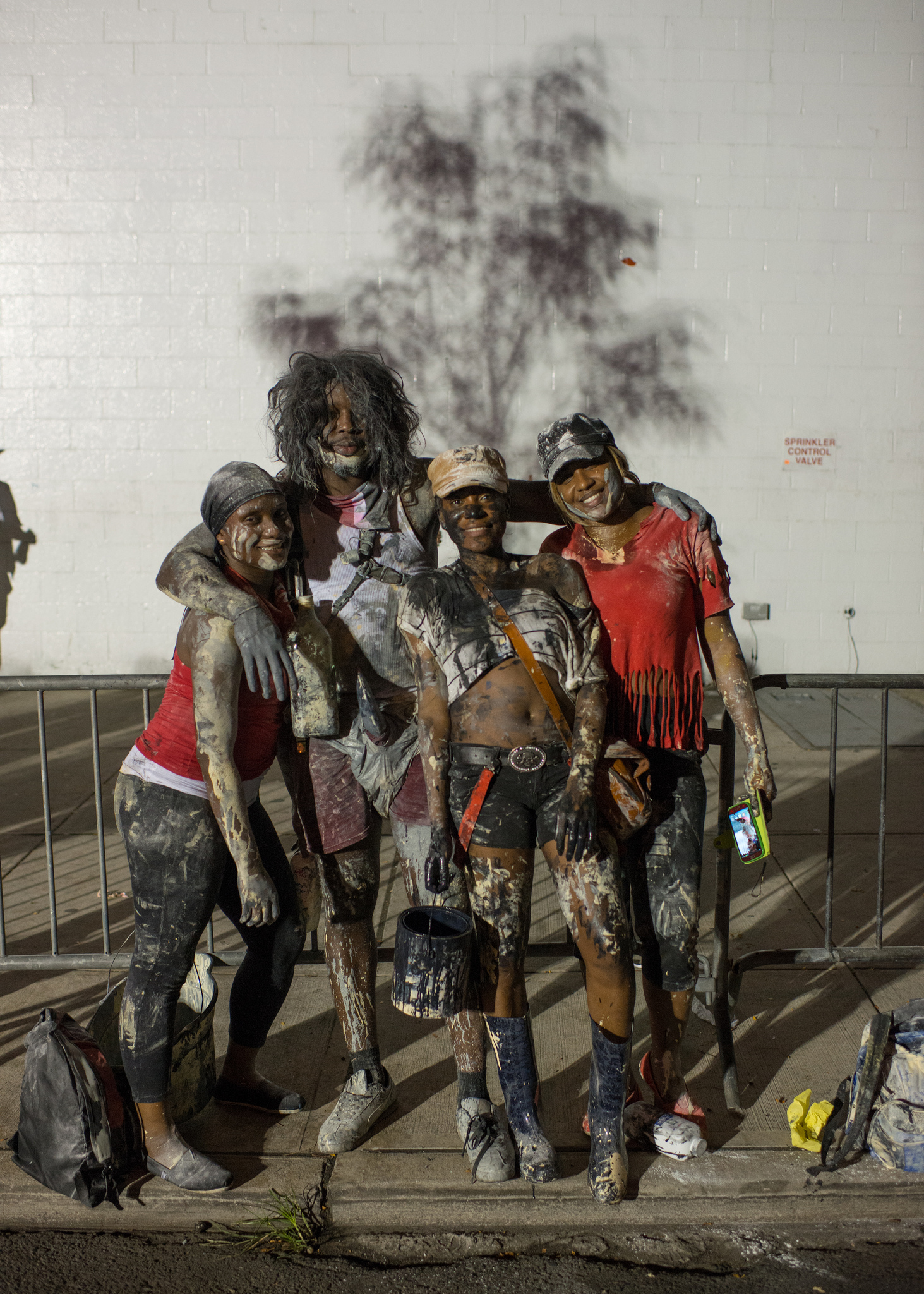 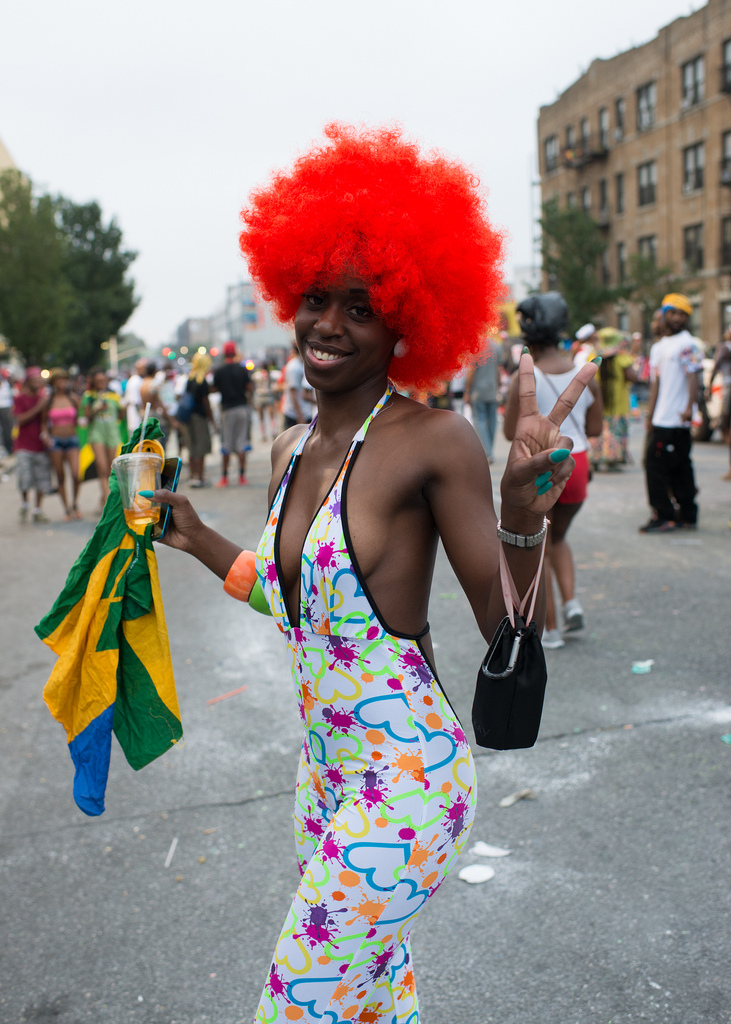 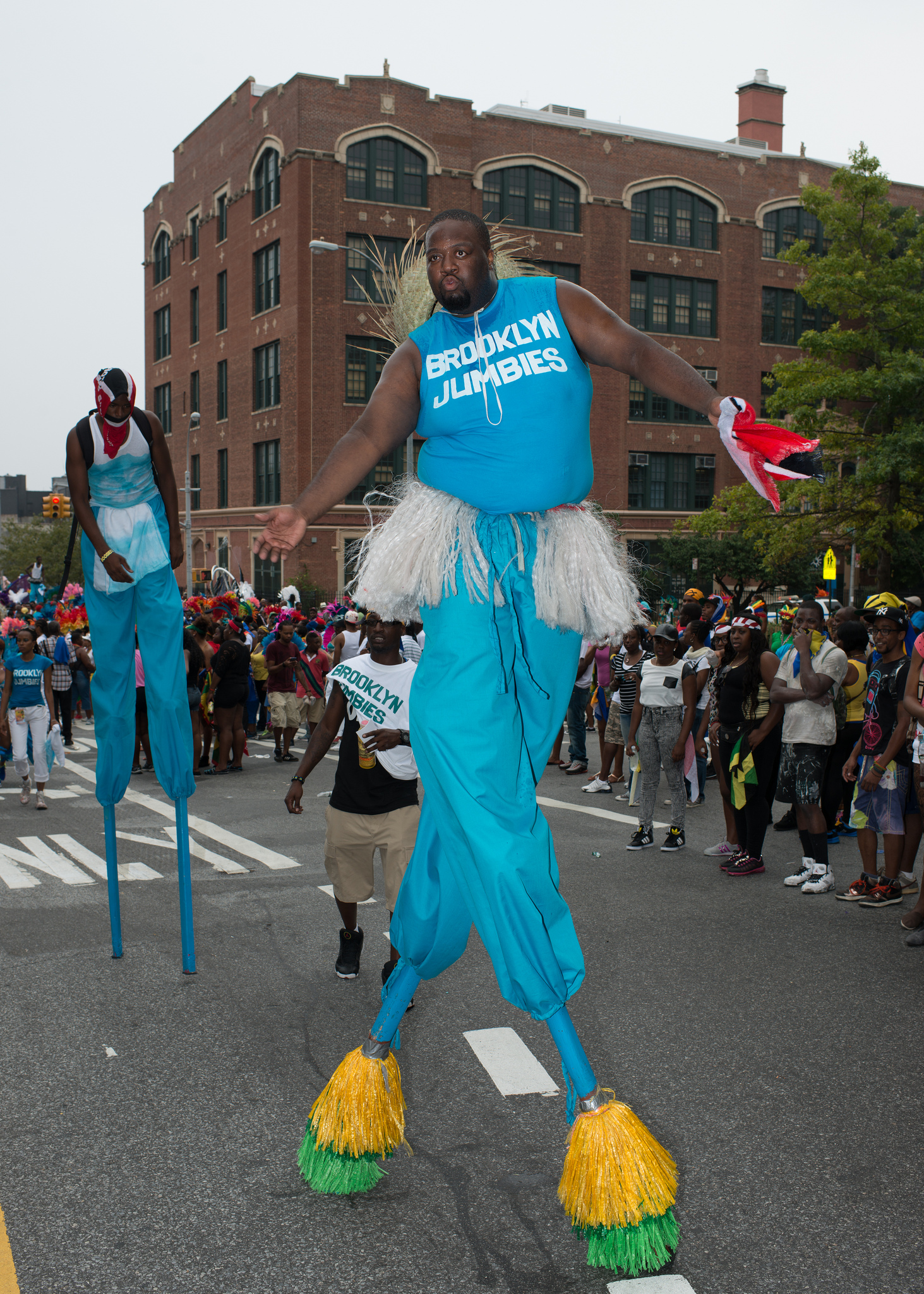 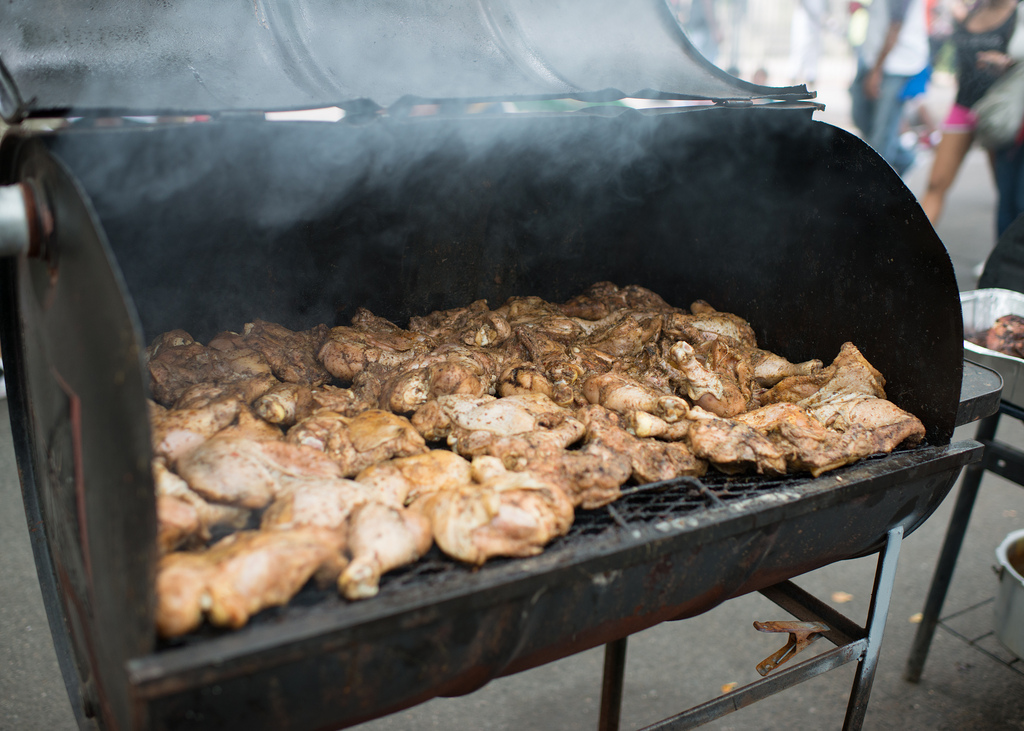 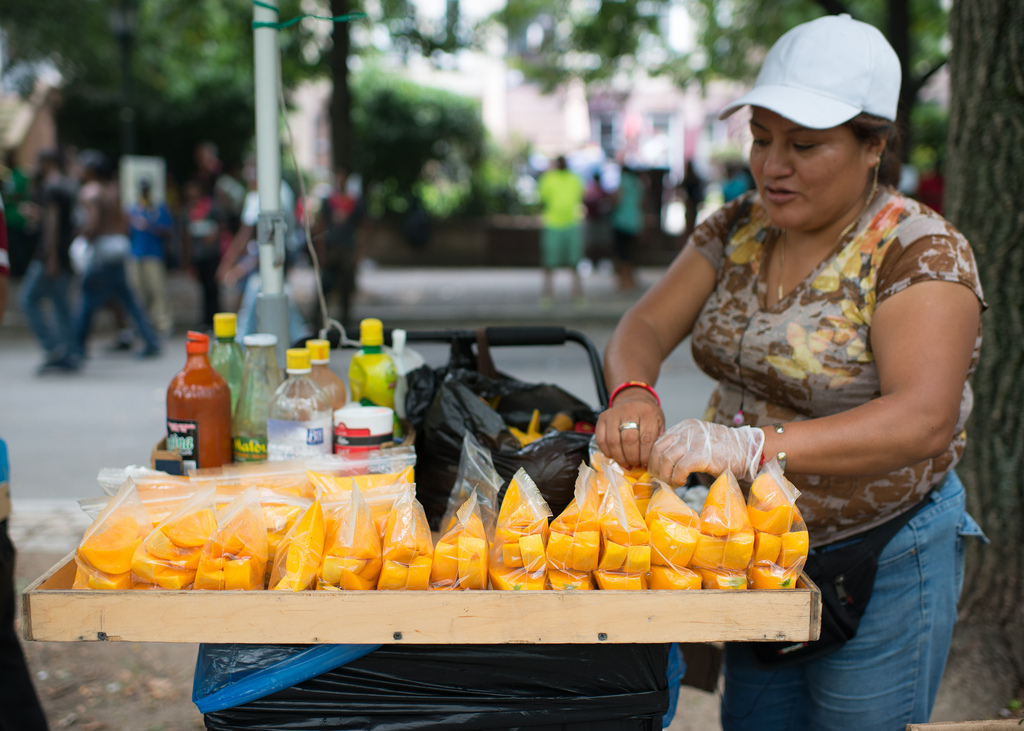 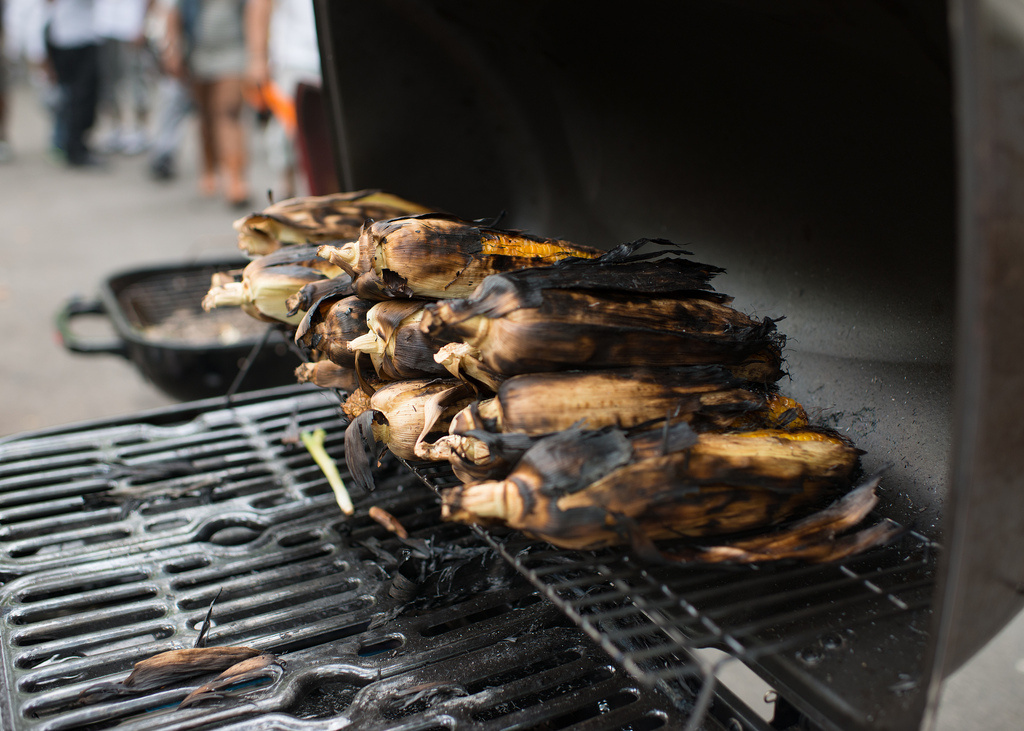 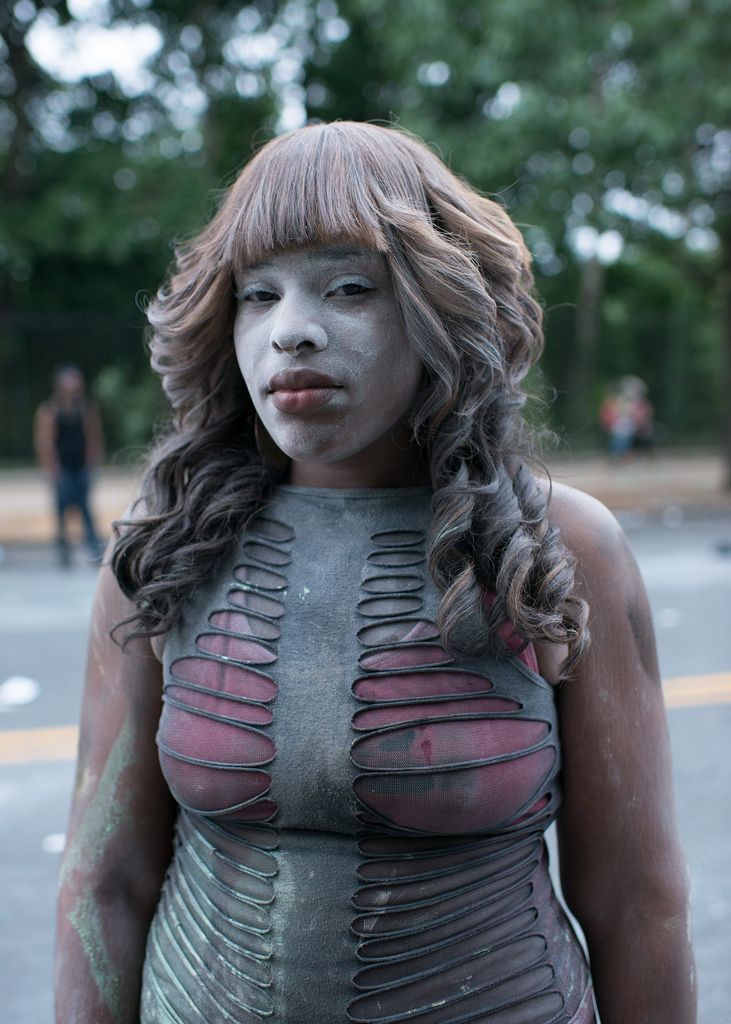 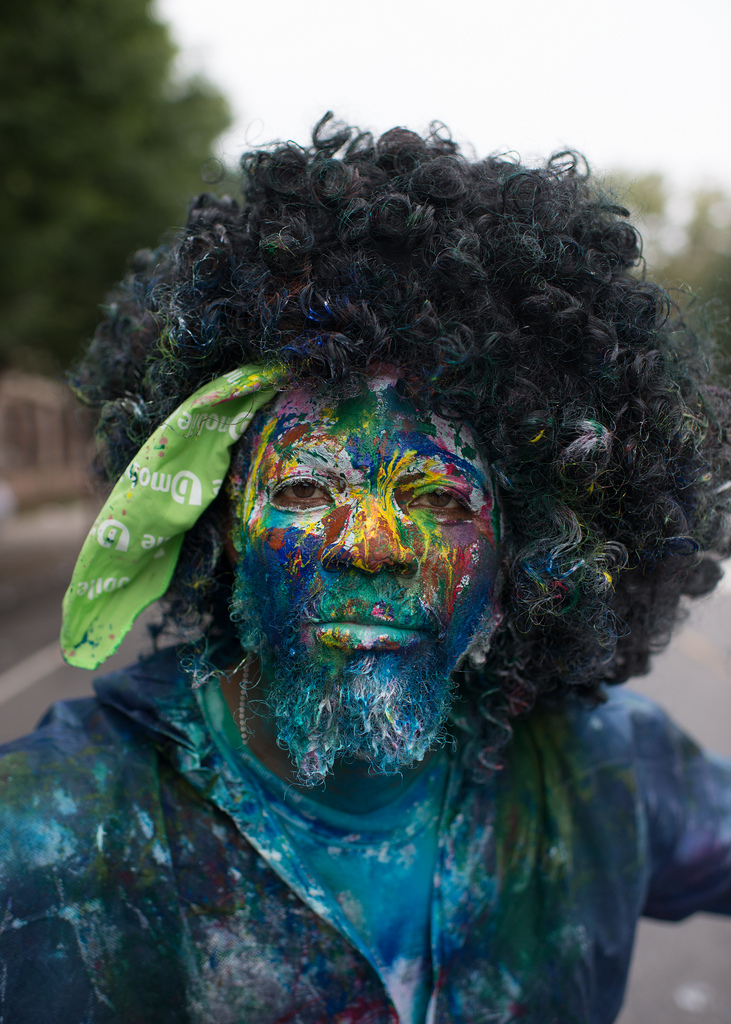 The distinctive clang of steel drums, also known as pans, provides the beat to Carnival. While sound systems playing recorded Calypso music are now popular at the parade, only live steel bands are allowed at J’Ouvert. Here, members of the Steel Explosion group play steel drums on Nostrand Avenue during J’Ouvert. 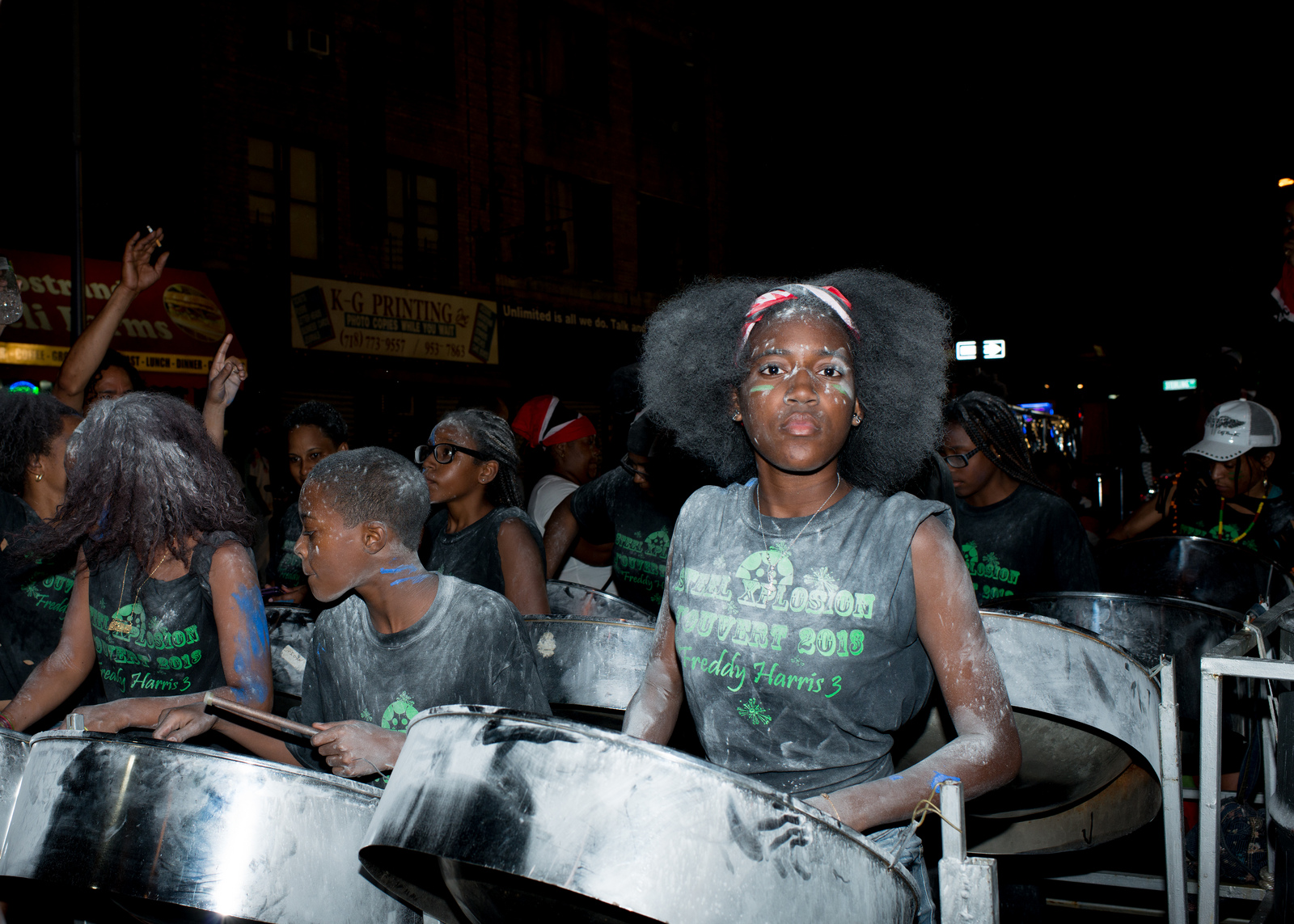 Masquerade, or “mas,” is an essential part of the Carnival. Elaborate costumes in every color turn the festivities into a brilliant rainbow. Masqueraders, many members of official masquerade clubs, fill the streets and dance to the steel drum rhythms of Calypso. On the day of the parade, Eastern Parkway is a sea of “mas,” marching or riding on floats. 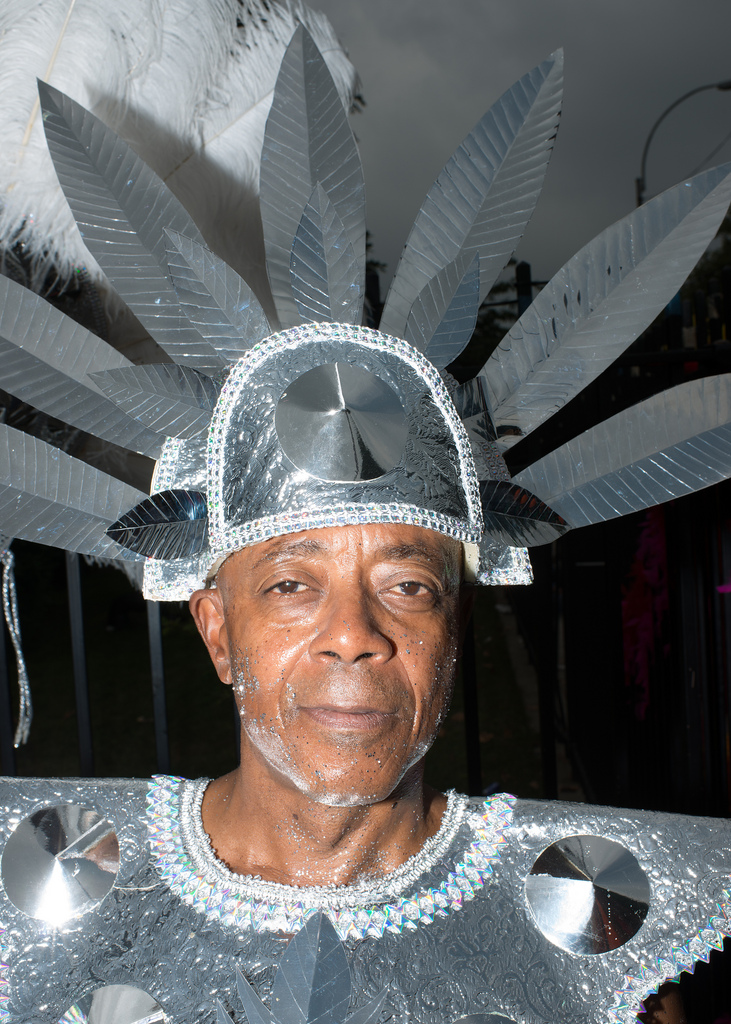 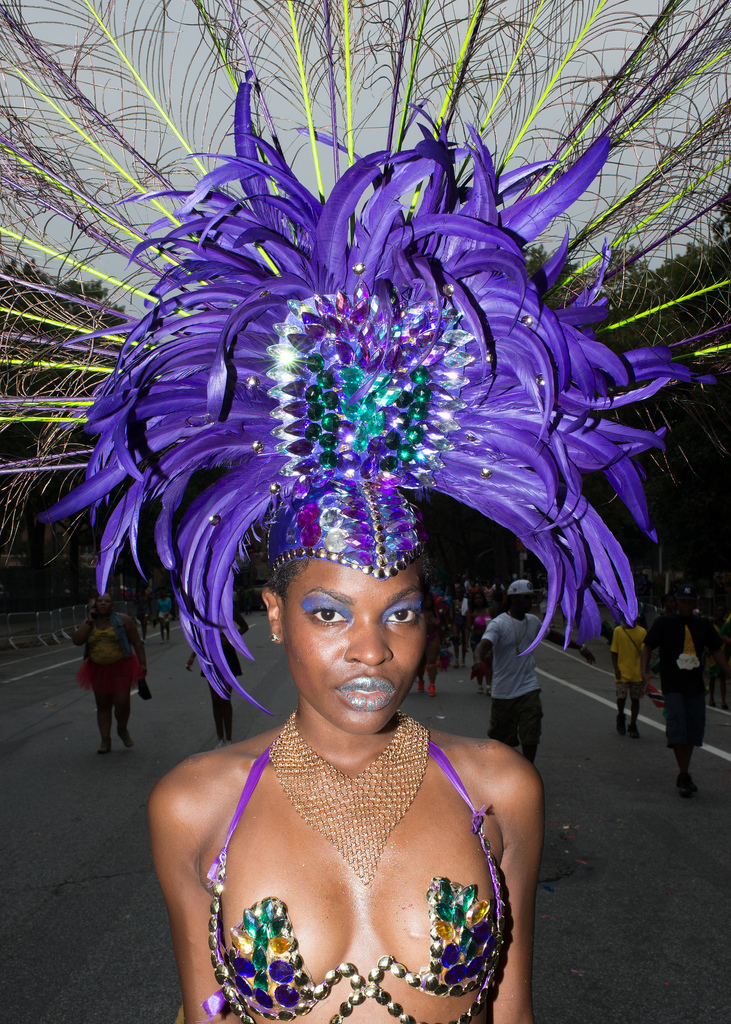 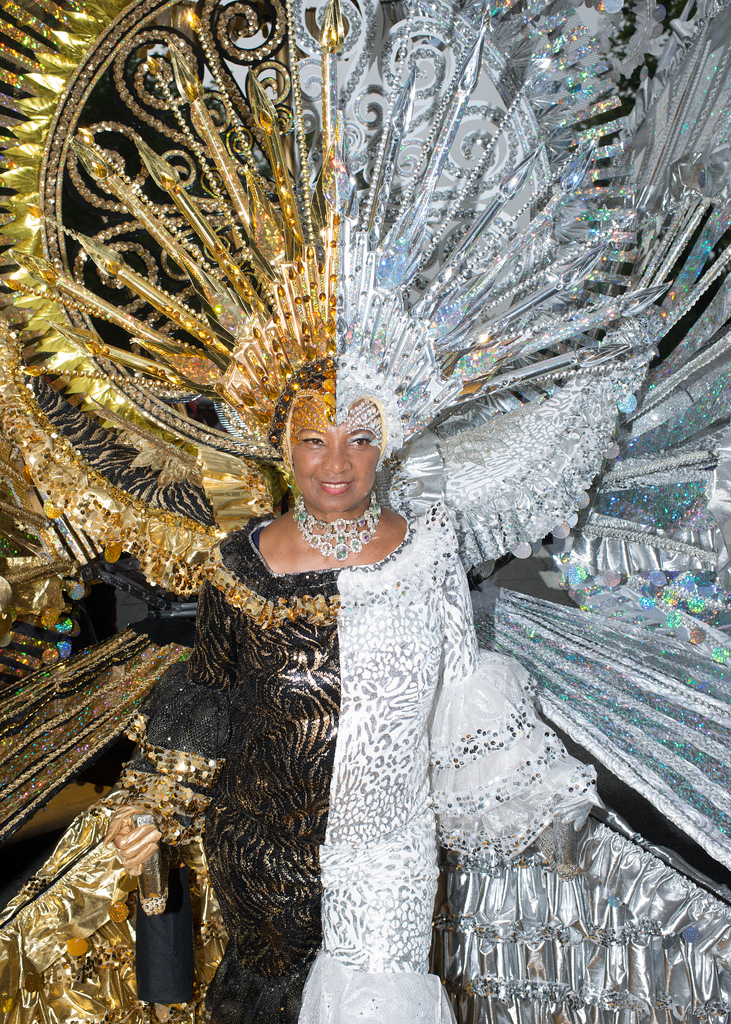 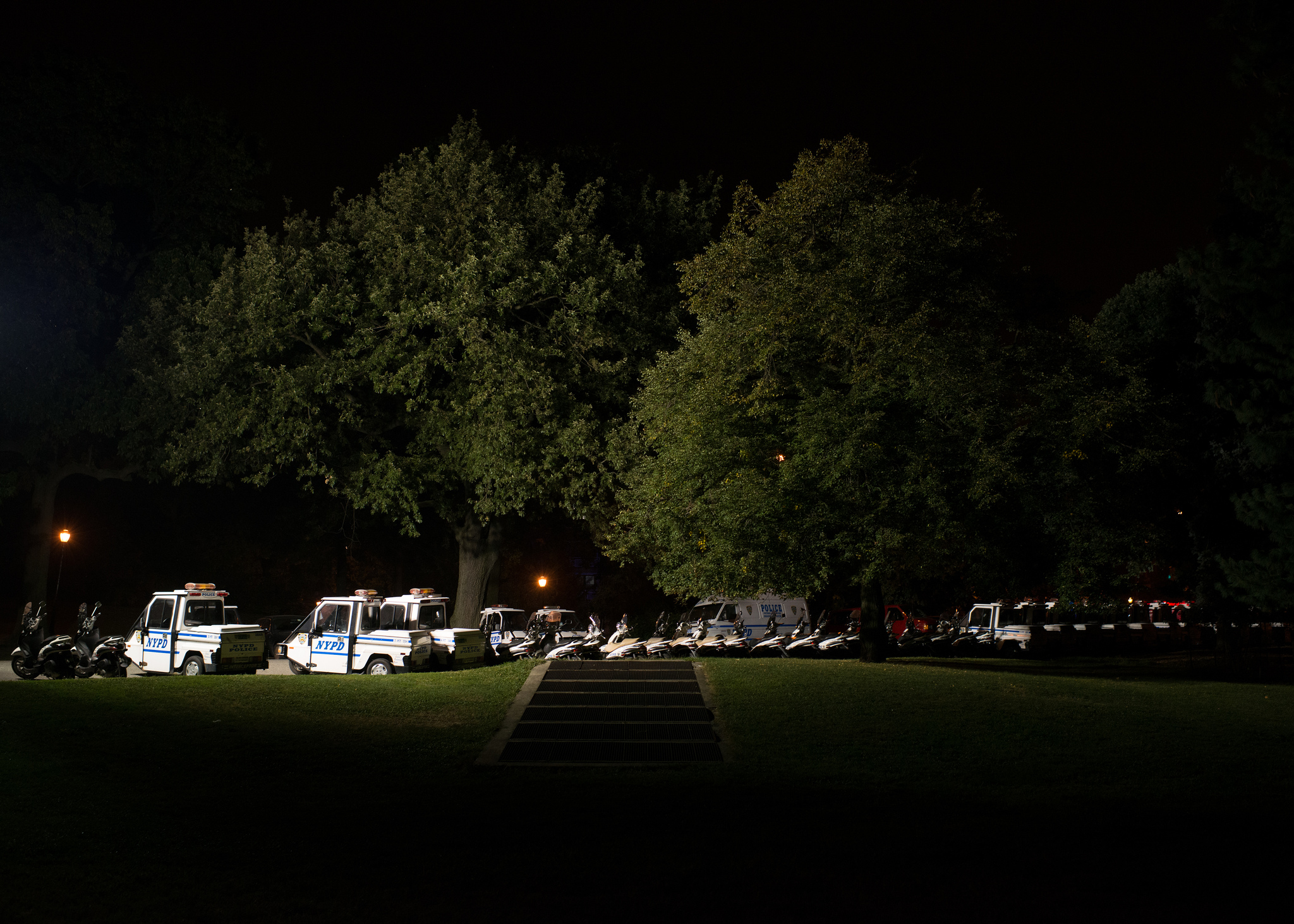 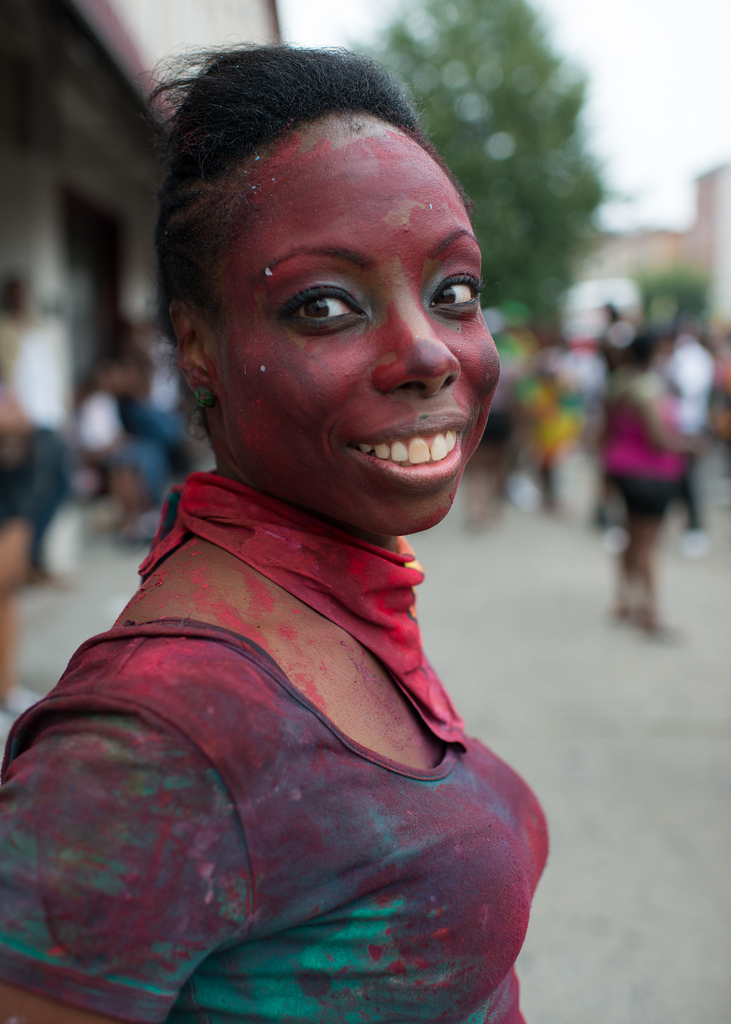 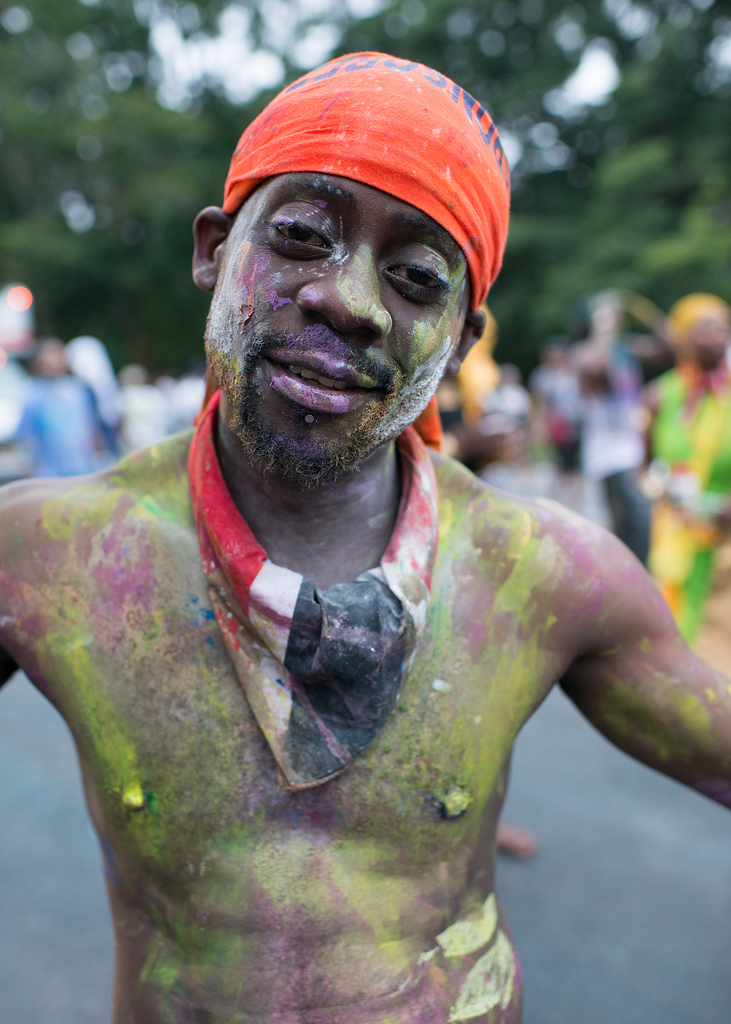 Timothy Briner is a freelance photographer and a member of Piece of Cake, a European and North American photography collective. He lives and works in Flatbush.

A native of Sunset Park returns to find his old home gone and the neighborhood transformed. By Andrew Giambrone

The NYPD’s “stop, question, and frisk” tactic may be under fire, but it’s not likely to disappear entirely. Using recently compiled data, we look at who is being stopped, why, and what the police are finding as a result. A visualization by Thomas Rhiel